The recent news that Wendy’s has overtaken Burger King as the second-largest burger chain in the US has prompted a whole load of commentary on social media, with some of marketing’s biggest names going head-to-head to argue the whys and wherefores. So, what’s all the fuss about?

As an archetypal challenger brand, Burger King has always taken an aggressive comparison approach in its advertising, and the results have been some of the most memorable ads in recent memory. There’s no question BK’s advertising is much beloved in Adland. BK claimed the top spot in the One Show’s 2020 client rankings with a whopping (pun intended) 25 Gold Pencils across three campaigns. At Cannes, it won four Grand Prixs and the much-coveted Titanium Lion. In 2018, their CMO was named Adweek’s Grand Brand Genius. We could go on.

With nearly double the number of restaurants worldwide, McDonald’s clearly dominates physical availability. And whilst proponents of BK’s headline-grabbing style would say they’ve used ideas and earned media to win battle for mental availability, proponents of consistency of message and a focus on distinctiveness would argue for Maccas.

And the recent release of Burger King’s disappointing second quarter earnings has sparked renewed debate across the internet about the ability for flashy, award-winning creative to translate to sales and long-term brand growth. In the war between flashy and effective, who wins?

PR-driven ads drive brand salience, and brand salience drives sales, right? Well, up until 2020 the strategy seems to have worked for Burger King (see below).

But then 2020 comes along and the market takes a dive. Covid happens. People stay home and stop spending. Suddenly BK's deliberate challenging of McDonald’s comes across as a bit distasteful – even creepy against a backdrop where we’re all supposed to be ‘in it together’.

Taking a closer look at quarterly results throughout the pandemic and it’s clear McDonald’s was doing something right – or at least better – with the starkest differences appearing from Q3 2020 to Q1 2021:

What have both brands been up to over that time? Well, Burger King made a digital transformation announcement dubbed “Restaurant of Tomorrow” featuring a slew of CX improvements (many of which, it must be said, have been mainstays at U.S. McDonald’s for several years), like double drive-thru lanes and dedicated parking for kerbside pickup.

Next Burger King introduced its first complete rebrand in 20 years – a throwback-inspired design – as a visual “signal to our consumers that this is a brand that is evolving” in the words of then-CMO Fernando Machado.

In January 2020, right at the start of the pandemic, Fernando Machado himself was promoted from Global CMO for Burger King to Global CMO for owner Restaurant Brands International, bringing Popeyes and Tim Hortons under his remit as well, before leaving the business altogether in April 2021.

And, most recently, Burger King launched its loyalty program in September 2021, two months after McDonald’s, in the race to secure the degree of first party data enjoyed by the likes of Starbucks and Chipotle.

Parent company Restaurant Brands International CEO Jose Cil put it pretty plainly—"Burger King is not performing at the level the brand expects for itself”.

Some experts say the King’s recent struggles aren’t due to the pandemic but instead have been a long time coming. Mark Ritson and Co see Burger King’s 2020 sales decline as evidence that a reliance on headline-grabbing stunty advertising like Mouldy Burger doesn’t work. As an execution it’s certainly creative, and more noticable than some of McDonald’s achingly upbeat TVCs, but a stunty, reactive advertising style relies on a steady stream of increasingly out-there ideas to keep the wheel turning and prevent brand equity from eroding.

Maccas on the other hand are a model of consistency from 2015 onwards. Looking at WARC Rankings, McD’s placed in the top 11 across creative, effectiveness, and media categories in each of the past seven years. Burger King gets a look-in half as often, and lower down the list (with the exception of 2019 and 2020 Creative 100).

McDonald’s achieves this by prioritising long-term platforms that can be built on year after year – like Monopoly or its ‘Loose Change’ menu – rather than short-term “disposable marketing”. The company says it will continue its pandemic recovery strategy which includes “doubling down” on marketing its menu staples, and expanding its drive-thrus, delivery and digital offerings, while experimenting with new cultural relevance-boosting tactics like the wildly successful Travis Scott partnership and NFT giveaway to celebrate the 40th anniversary of the McRib.

“We’ve been pushing ourselves recently to go beyond our traditional comfort zone.”

So which strategy is working?

Burger King’s pre-pandemic sales success seems to indicate that flashy can work, at least for a time. But more recently, it appears having a safer, longer-term approach to brand-building may be better equipped to endure market fluctuations. Or maybe it's not about what McDonald's OR Burger King did...

New kid on the effectiveness block

There is a new claimant to the silver medal position in the U.S. – Wendy’s – which is making headway through a third approach: a relentless focus on relevance. Let’s take a look…

Individual relevance:
Wendy’s has a strong history of continually striving to stay relevant to its customers. From the first ever QSR pick-up window in 1970 to the 90º Lab in 2015, a tech innovation centre created solely for the purpose of building the ‘Wendy’s of the future’.

More recently, Wendy’s beat both McDonald’s and Burger King to the punch with the launch of their loyalty program in Q3 2020, which enables rich data collection and personalisation. Wendy’s digital business is now over six percent of U.S. sales – more than double from 2019. The chain’s digital traffic share growth reached double digits, which is ahead of its competitors, according to the company’s recent earnings call.

Cultural relevance:
Wendy’s has been a stand-out on social media for years, engaging with fans authentically and creatively. According to Wendy’s CMO Carl Laredo, “We don’t just say, ‘hey, we need you to come in for lunch.’ We are literally answering questions about people’s homework.” Or catering weddings. In June, it sent spicy chicken nuggets to a superfan’s wedding. When a young fan storyboarded a concept for an ad called ‘The Burger’, his mom tweeted it to Wendy’s and seven hours later the ad was made. That degree of engagement endears fans and embeds brands into culture in a way big-budget 60-second TVCs can struggle to do.

Wendy’s also uses social listening to identify opportunities to increase relevance with particular sub-cultures. Its recent Twitch integration "Never Stop Gaming" builds on the success of an award-winning Fortnite integration and launch of its own immersive tabletop game Feast of Legends to authentically embed the brand into gaming culture.

Laredo sums the approach up (and stakes his claim to big power status in the burger wars) with this barb:

“We’re winning not because of one flash-in-the-pan idea where someone has mouldy Whoppers in print ads. At the heart of it, it's all about understanding folks and delivering them a great experience. That's what led to us dethroning Burger King to take on the number two spot. It's because we have that customer-first mindset.”

So what are thee key takeaways here? Basically all of the brands are doing some things right.

👉 Maccas has traditionally nailed both mental and physical availability by coupling its media spend and distribution advantages with creative consistency – and if its recent flirtation with more experimental ideas is anything to go by, appears to have learned a little something from BKs maverick approach to start building cultural relevance.

👉 Burger King itself has embraced its challenger brand status to great effect (until recently) and its combination of stunts with traditional retail comms seemed a ticket to success. Although perhaps since the departure of its iconic global CMO Fernando Machado it has lost its way a little, and the focus on Maccas rather than its own customers might have lost relevance in the current cultural climate.

👉 And Wendy’s has well and truly stolen the King’s crown, largely by finding ways to embed itself in sub-cultures via innovative, media-driven ideas that have helped it tap into new audiences that might have otherwise might have gone elsewhere. And always with an eye on what the customer wants.

Plenty to be inspired by! 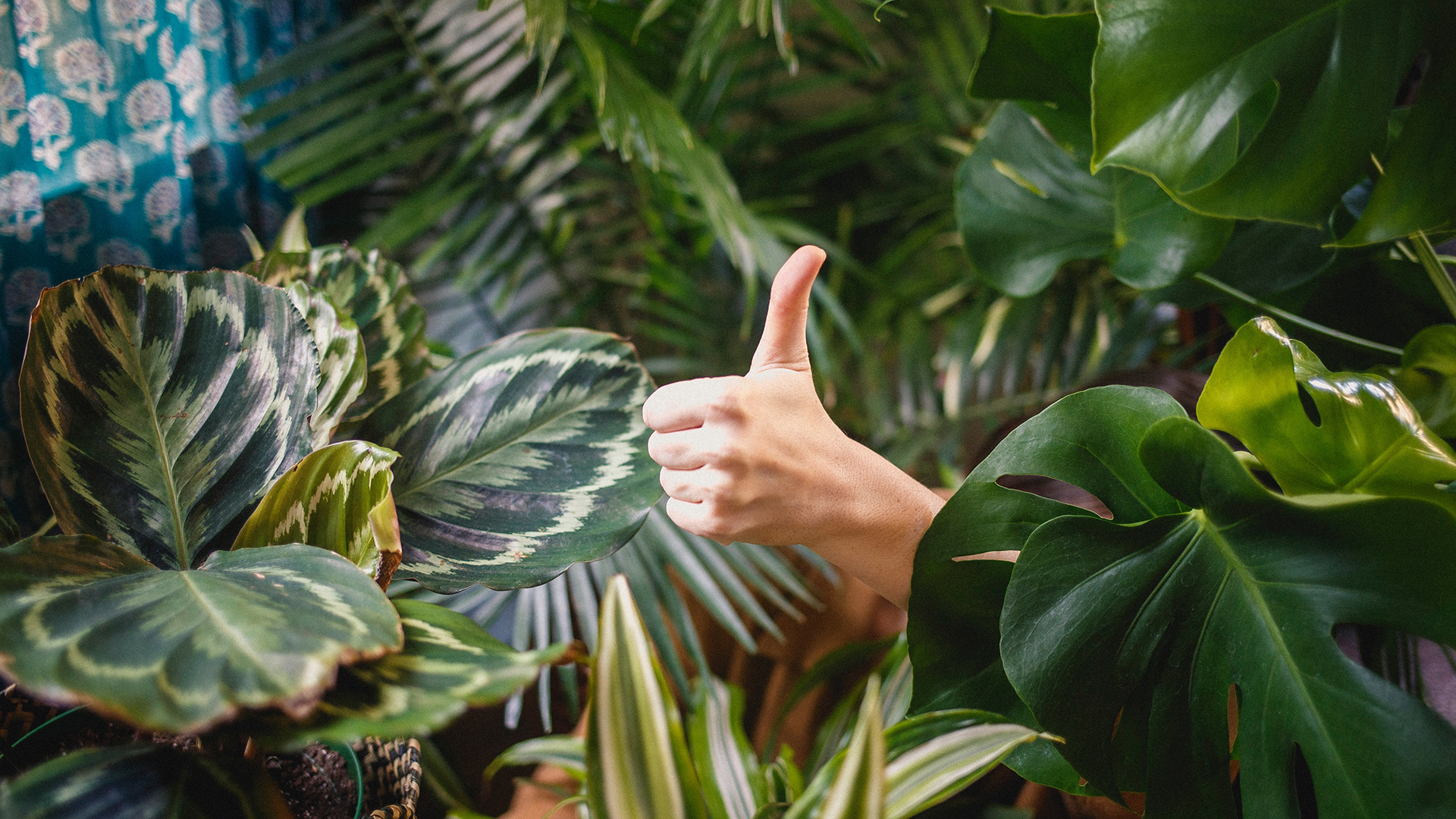