Everything you need to know about changes to the media landscape in September, courtesy of Edge Media Director – Inez Zimakowski. 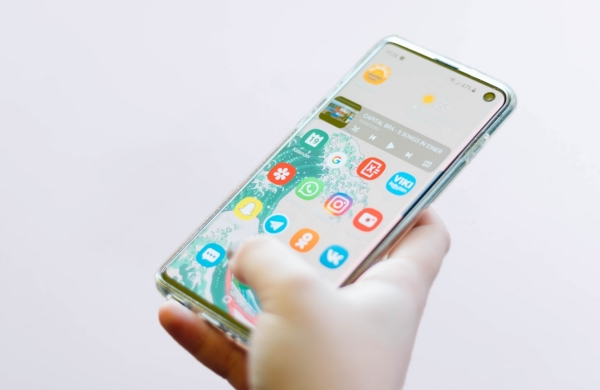 Love knowing the latest, but hate reading 50 articles a day? Me too! Stay up to date with the latest in data, channel updates and everyone’s favourite – regulations – with this less-than-2-minute monthly read.

Facebook’s longest running joke/conspiracy theory may soon be a reality, with the platform set to acquire CTRL-Labs, which for the last four years has been quietly developing a bracelet that allows users to control a digital avatar’s movements with just their thoughts. And what’ll that cost Facebook? Just a cool $500 million to $1 billion.

Google turned twenty-one! On September 27th, Google celebrated its coming of age with product discounts and of course, a Google doodle. However, we’ll be waiting until October 15th for the latest and greatest in hardware, when the Made by Google event takes place in New York.

Though a little late (Insta has had the integration foreverrrr), users can now share music directly on Snapchat!

Snapchat extended its maximum ad duration to 3 minutes, which will allow advertisers to run full film trailers, brand films, and other long form content on the channel, rather than being forced to create cut downs. No change in the ads being skippable though, which is good news for users.

The platform is also adding swipe-up buttons on six-second ads, as well as goal-based bidding, which is a great move for advertisers!

Facebook injected ‘fun’ into its advertising, with the addition of polls, playable ads, and AR features for advertisers. Though not fully rolled out, these will be exciting additions to the line up that will provide agencies with creative opportunities, and a more interactive experience for users.

Facebook and Google still think their market monopoly isn’t an issue. Shockingly, the ACCC disagrees. The power imbalance between the two global giants and almost every other business in Australia is huge. Publishers, small businesses, and big brands alike are virtually forced to work with the two giants, which creates issues in a multitude of areas, from competition, data and privacy, to the increasingly important quality.

Google fought back against tougher ‘right to be forgotten’ laws – and won! In 2016, France’s privacy watchdog CNIL sought to fine Google for not removing sensitive information from global search results upon request – a test to see if the EU laws could stretch beyond their geographical boundaries – and it was decided that no, they cannot.